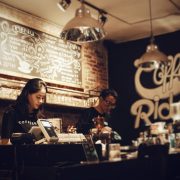 Illinois workers rung in the New Year with an hourly raise. In February of 2019, Governor J.B. Pritzker signed a bill passed by the Senate that sets a gradual increase on the current minimum wage, reaching a total increase to $15.00 per hour in 2025.

Under the old law, workers under age 18 AND working 650 hours or less in a calendar year could be paid $.50 per hour less than the applicable minimum wage until 12/31/19.

Under the new law, workers under 18 working less than 650 hours in a calendar year can be paid under the following rules:

When it comes to tipped employees, they will have a minimum wage of 60% of the applicable wage as long as tips plus wages equals the current wage standard.

You may have heard rumors of a tax credit for certain employers under the new regulations. The guidelines for earning this credit are…

The new law also increases penalties on employers for violating these new wage requirements, including:

If you have questions on the new Minimum Wage Law, our team is ready and willing to help. Contact us today.