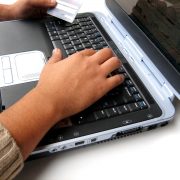 Over the past decade, more and more big-box stores are feeling the effects of online shopping. Sellers like Amazon have lured consumers in with free shipping and the ease of shopping from the comfort of their couch. However, since online shopping has become more and more prevalent, the question of how to tax these purchases has become a major topic of discussion. A recent Supreme Court decision will likely change the way some online marketplaces do business.

First, let’s define a term that you’ll hear a lot when discussing this case. “Nexus” for this purpose is often used to determine if a taxpayer has a sufficient connection with a state. It is the determining factor of whether an out-of-state business is required to collect sales tax on sales generated into that state. Each state has its own rules and guidelines for determining nexus. Some factors that might affect nexus include if the business has a physical location or employees working in the state in question, or how much revenue is generated in that state.

So why is this a topic of discussion now? On June 21, 2018, the U.S. Supreme Court issued its opinion in South Dakota v. Wayfair, a landmark sales and use tax nexus case that will have implications for many online sellers and multistate businesses. In a 5-4 decision, the Court ruled that a state can require an out-of-state seller to collect sales tax on sales to customers in that state, even though the seller lacks an in-state physical presence.

In Wayfair, the Supreme Court considered the constitutionality of a South Dakota law that requires certain remote sellers to register for, collect, and remit South Dakota sales tax. Under that law, a remote seller has sales tax nexus with South Dakota if the seller in the current or previous calendar year met either of the two characteristics below:

The Commerce Clause of the U.S. Constitution requires that a seller have “substantial nexus” with a state before the state can require the seller to collect and remit sales and use taxes. Under a precedent affirmed in the 1992 case of Quill Corp. v. North Dakota, this nexus depended on whether the seller had a physical presence in the state. The Wayfair decision is considered an “economic” nexus, where states assert jurisdiction to impose sales tax collection based on certain sales thresholds. It’s not uncommon for states to find different ways to establish nexus. Some states have established this boundary based on the company’s activities and property, with others even harpooning digital mediums, such as “click throughs” and “cookies” to identify in-state customers which may create nexus.

The most immediate impact from Wayfair will be on sellers with a significant virtual or economic presence in a state that asserts economic nexus. Sellers delivering taxable products or services into South Dakota (and other economic nexus states) will need to determine if they surpassed the dollar amount or transaction volume thresholds for establishing nexus with the state. Sellers will need to do this analysis for each state that has adopted an economic nexus threshold policy and they should be prepared for states to adopt and aggressively enforce expanding nexus provisions. Our home state of Illinois recently adopted such a rule.

We expect state revenue departments to issue guidance regarding the Wayfair decision in the coming weeks and months, and we will be following those developments closely. In the meantime, if you would like to discuss how this decision may impact your business, please do not hesitate to contact us.