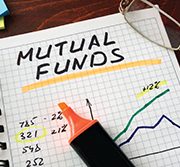 Mutual funds are so common these days that many people overlook the tax considerations involved. Here are some tips on how to be tax-smart with these investment vehicles.

Typically, mutual funds distribute accumulated dividends and capital gains toward the end of the year. It’s generally wise to avoid investing in a fund shortly before such a distribution. Why? Because you’ll end up paying taxes on gains you didn’t share in.

Don’t fall for the common misconception that investing in a fund just before a distribution date is like getting “free money.” True, you’ll receive a year’s worth of income right after you invest, but the value of your shares will immediately drop by the same amount, so you won’t be any better off. Plus, you’ll be liable for taxes on the distribution as if you had owned your shares all year.

You can get a general idea of when a fund anticipates making a distribution by checking its website periodically. It’s also important to make a note of the “record date” — because investors who own shares of the fund on that date participate in the distribution.

When it comes to tax efficiency, not all funds are created equal. Actively managed funds tend to be less tax efficient — that is, they buy and sell securities more frequently, generating a greater amount of capital gains, much of it short-term gains taxable at ordinary-income rates. To reduce your tax liability, consider investing in tax-efficient funds, such as index funds, which generally have lower turnover rates, and “passively managed” funds (sometimes described as “tax managed” funds), which are designed to minimize taxable distributions.

Another option is exchange-traded funds (ETFs). Unlike mutual funds, which generally redeem shares by selling securities, ETFs are often able to redeem securities “in kind” — that is, to swap them for other securities. This limits an ETF’s recognition of capital gains, making it more tax efficient.

Tax-inefficient funds may have a place in your portfolio. In some cases, actively managed funds may offer benefits, such as above-market returns, that outweigh their tax costs.

If you invest in actively managed or other tax-inefficient funds, ideally you should hold them in nontaxable accounts, such as traditional IRAs or 401(k) plan accounts. Because earnings in these accounts are tax-deferred, distributions from funds they hold won’t have any tax consequences until you withdraw them. And if the funds are held in a Roth account, qualifying distributions will escape taxation altogether.

It’s important to do your due diligence on mutual funds. Don’t assume that a fund that historically has been tax efficient will stay that way in the future. Feel free to contact us for help.

Many investors elect to have their distributions automatically reinvested in their mutual funds. But it’s important to remember that those distributions are taxable regardless of whether they’re reinvested or paid out in cash.

Reinvested distributions increase your cost basis in a fund, so it’s critical to track your basis carefully to avoid double taxation. If you fail to account for these distributions, you could end up paying tax on them twice — once when they’re paid and again when you sell your shares in the fund.