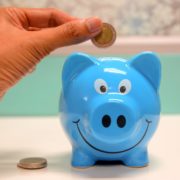 On December 20, 2019, President Trump signed the SECURE Act into law, which makes changes to certain retirement plans. The SECURE Act has received a lot of publicity due to the provisions affecting inherited individual retirement accounts (IRAs). However, that’s not the only notable change of interest to individuals.

Upon the death of a traditional IRA owner or qualified plan participant, RMDs could be paid over the life expectancy of the designated individual beneficiary. Often referred to as a “stretch payment,” payment of RMDs over the life expectancy of a much younger beneficiary (such as a taxpayer’s child or grandchild), resulted in smaller annual distributions, thereby providing the opportunity for the continued deferral of tax on the retirement account assets while they continued to appreciate.

Prior to the SECURE Act, if a traditional IRA owner or qualified plan participant died without naming an individual as a designated beneficiary and the IRA owner or qualified plan participant had not yet reached the required beginning date, the taxpayer’s remaining interest in the retirement plan was required to be distributed no later than the end of the fifth calendar year following the death of the taxpayer (the five-year rule).

The SECURE Act does away with the favorable tax deferral of stretch payments. Instead, non-spouse beneficiaries of traditional IRAs or qualified plans of taxpayers who die after December 31, 2019, must now deplete the plan’s assets on or before the end of the 10th calendar year following the death of the taxpayer. Further, this 10-year rule also applies to plans that previously would have been subject to the aforementioned five-year rule.

Prior to the SECURE Act, taxpayers were generally required to begin receiving RMDs from their traditional IRAs and certain qualified retirement plans beginning on April 1 of the year following the year they reached age 70 ½. *The SECURE Act increased this RMD age to age 72 for all distributions required to be made after December 31, 2019. That is, individuals who attain age 70 ½ after December 31, 2019, will not be required to take mandatory distributions until April 1 of the year following the year in which they attain age 72.

*Taxpayers may defer withdrawals from a qualified plan until retirement from the company sponsoring the plan, provided the taxpayer is not a 5% or greater owner of the company.

The SECURE Act provides an additional exception to the 10-percent early withdrawal penalty for a distribution of up to $5,000 from a defined contribution retirement plan or IRA made after December 31, 2019 which is used for expenses related to a qualified birth or adoption. To qualify for the penalty-free exception, the distribution must be made during the one-year period beginning on the date on which the child is born, or the adoption is finalized. Eligible adoptees are any individual (other than a child of the taxpayer’s spouse) who has not attained age 18 or is physically or mentally incapable of self-support. Qualified birth or adoption distributions may generally be repaid to the retirement plan at any time.

QCDs permit taxpayers to make a charitable contribution up to $100,000 from their traditional IRA and exclude that distribution from the taxpayer’s gross income. For taxable years beginning after December 31, 2019, QCDs that are excluded from a taxpayer’s gross income are reduced (but not below zero) by the excess of: (1) the total amount of deductions allowed to the taxpayer for contributions to a traditional IRA in taxable years ending on or after the date the taxpayer attains age 70 ½  over (2) the total amount of reductions for all tax years preceding the current tax year.

Reinstatement of the Kiddie Tax Previously Suspended by the TCJA