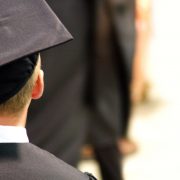 With kids back in school, it’s a good time for parents (and grandparents) to think about college funding. One option, which can be especially beneficial if the children in question still have many years until heading off to college, is a Section 529 plan.

529 plans are generally state-sponsored, and the savings-plan option offers the opportunity to potentially build up a significant college nest egg because of tax-deferred compounding. So, these plans can be particularly powerful if contributions begin when the child is young. Although contributions aren’t deductible for federal purposes, plan assets can grow tax-deferred. In addition, some states offer applicable state tax incentives.

Distributions used to pay qualified expenses (such as tuition, mandatory fees, books, supplies, computer-related items and, generally, room and board) are income-tax-free for federal purposes and, in many cases, for state purposes as well. (The Tax Cuts and Jobs Act changes the definition of “qualifying expenses” to include not just postsecondary school costs, but also primary and secondary school expenses.)

529 plans offer other benefits, too. They usually have high contribution limits and no income-based phaseouts to limit contributions. There’s generally no beneficiary age limit for contributions or distributions. And the owner can control the account — even after the child is a legal adult — as well as make tax-free rollovers to another qualifying family member.

Finally, 529 plans provide estate planning benefits: A special break for 529 plans allows you to front-load five years’ worth of annual gift tax exclusions, which means you can make up to a $75,000 contribution (or $150,000 if you split the gift with your spouse) in 2018. In the case of grandparents, this also can avoid generation-skipping transfer taxes.

One negative of a 529 plan is that your investment options are limited. Another is that you can make changes to your options only twice a year or if you change the beneficiary.

But whenever you make a new contribution, you can choose a different option for that contribution, no matter how many times you contribute during the year. Also, you can make a tax-free rollover to another 529 plan for the same child every 12 months.

We’ve focused on 529 savings plans here; a prepaid tuition version of 529 plans is also available. If you’d like to learn more about either type of 529 plan, please contact us. 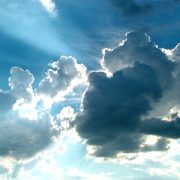 The Tax Cuts and Jobs Act (TCJA) didn’t eliminate the individual alternative minimum tax (AMT). But the law did draw a silver lining around it. Revised rules now lessen the likelihood that many taxpayers will owe substantial taxes under the AMT for 2018 through 2025.

Think of the AMT as a parallel universe to the regular federal income tax system. The difference: The AMT system taxes certain types of income that are tax-free under the regular tax system and disallows some regular tax deductions and credits.

If your AMT bill for the year exceeds your regular tax bill, you must pay the higher AMT amount. Originally, the AMT was enacted to ensure that very wealthy people didn’t avoid paying tax by taking advantage of “too many” tax breaks. Unfortunately, the AMT also hit some unintended targets. The new AMT rules are better aligned with Congress’s original intent.

Under both old and new law, the exemption is reduced by 25% of the excess of AMT income over the applicable exemption amount. But under the TCJA, only those with high incomes will see their exemptions phased out, while others — particularly middle-income taxpayers — will benefit from full exemptions.

For many taxpayers, the AMT rules are less worrisome than they used to be. Let us help you assess your liability and help you plan accordingly.

Sidebar: High-income earners back in the AMT spotlight

Before the Tax Cuts and Jobs Act (TCJA), many high-income taxpayers weren’t affected by the alternative minimum tax (AMT). That’s because, after multiple legislative changes, many of their tax breaks were already cut back or eliminated under the regular income tax rules. So, there was no need to address the AMT.

If one’s income exceeds certain levels, phaseout rules chip away or eliminate other tax breaks. As a result, higher-income taxpayers had little or nothing left to lose by the time they got to the AMT calculation, while many upper-middle-income folks still had plenty left to lose. Also, the highest earners were in the 39.6% regular federal income tax bracket under prior law, which made it less likely that the AMT — with its maximum 28% rate — would hit them.

In addition, the AMT exemption is phased out as income goes up. This amount is deducted in calculating AMT income. Under previous law, this exemption had little or no impact on individuals in the top bracket, because the exemption was completely phased out. But the exemption phaseout rule made upper-middle-income taxpayers more likely to owe AMT under previous law. Suffice it to say that, under the TCJA, high-income earners are back in the AMT spotlight. So, proper planning is essential. 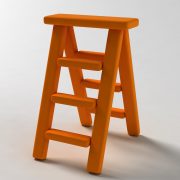 We are excited to announce our promotions for 2018. We look forward to what the future holds for you all. Thank you for all you do for our clients and our firm! 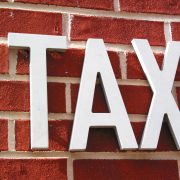 It’s a safe bet that state tax authorities will let you know if your business hasn’t paid enough sales and use taxes. But the lines of communication may not be so open if you’re overpaying. For this reason, many businesses use reverse audits to find overpayments so they can seek reimbursements.

In most states, businesses are exempt from sales tax on equipment used in manufacturing or recycling, and many states don’t require them to pay taxes on the utilities and chemicals used in these processes, either. In some states, custom software and other computer equipment are exempt if used for research and development projects. These are just a few examples of potentially available exemptions.

Many companies have sales and use tax compliance systems to guard against overpaying, but if you haven’t reviewed yours recently, check to make sure it’s functioning properly. Employee turnover, business expansion or downsizing, and simple mistakes all can take their toll.

A formal reverse audit can extend across your business, going back as far as the statute of limitations on state tax reviews. If your state auditors can review all records for the four years preceding the audit, for example, the audit could encompass the same timeframe.

To be clear, reverse audits are often time consuming and complex. But a well-executed one can not only reap tax refund rewards now, but also help update your compliance systems going forward. Let us help you target the exemptions available to your business and ensure refund claims are properly prepared before submittal. 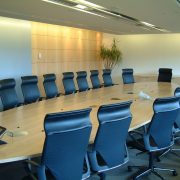 The limited liability company (LLC) and limited liability partnership (LLP) business structures have their advantages. But, in years past, the IRS treated LLC and LLP owners as limited partners for purposes of the passive activity loss (PAL) rules. This could be a tax negative. Fortunately, LLC and LLP owners can now be treated as general partners, which means they can meet any one of seven “material participation” tests to avoid passive treatment.

Rules to Own By

The PAL rules prohibit taxpayers from offsetting losses from passive business activities (such as limited partnerships or rental properties) against nonpassive income (such as wages, interest, dividends and capital gains). Disallowed (that is, suspended) losses may be carried forward to future years and deducted from passive income or claimed when the passive business interest is disposed in a taxable transaction.

Material participation in this context means participation on a “regular, continuous and substantial” basis. Unless you’re a limited partner, you’re deemed to materially participate in a business activity if you meet just one of seven tests: 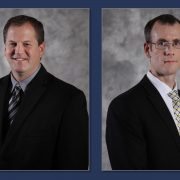 We are very excited to officially announce the two newest members of our Principal group, Danny Phipps, CPA and Cory Gallivan, CPA. Danny has been working in our Carrollton and Jerseyville offices since 1994, and Cory has been with our Alton office since 2000. They are both dynamic, passionate leaders in our firm and we look forward to all they bring to our leadership team. 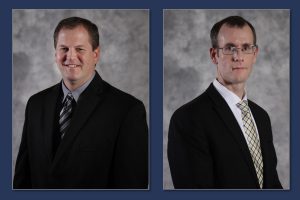 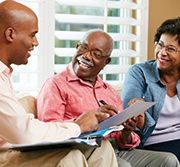 When Congress was debating tax law reform last year, there was talk of repealing the federal estate and gift taxes. As it turned out, rumors of their demise were highly exaggerated. Both still exist and every taxpayer with a high degree of wealth shouldn’t let either take their heirs by surprise.

For 2018, the lifetime gift and estate tax exemption is $11.18 million per taxpayer. (The exemption is annually indexed for inflation.) If your estate doesn’t exceed your available exemption at your death, no federal estate tax will be due.

Any gift tax exemption you use during life does reduce the amount of estate tax exemption available at your death. But not every gift you make will use up part of your lifetime exemption. For example:

It’s important to be aware of these exceptions as you pass along wealth to your loved ones.

Here’s a simplified way to help project your estate tax exposure. Take the value of your estate, net of any debts. Also subtract any assets that will pass to charity on your death.

Then, if you’re married and your spouse is a U.S. citizen, subtract any assets you’ll pass to him or her. (But keep in mind that there could be estate tax exposure on your surviving spouse’s death, depending on the size of his or her estate.) The net number represents your taxable estate.

Be aware that many states impose estate tax at a lower threshold than the federal government does. So, you could have state estate tax exposure even if you don’t need to worry about federal estate tax.

If you’re not sure whether you’re at risk for the estate tax, or if you’d like to learn about gift and estate planning strategies to reduce your potential liability, please contact us.