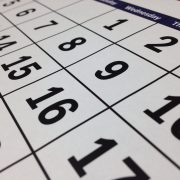 July 15 — If the monthly deposit rule applies, employers must deposit the tax for payments in June for Social Security, Medicare, withheld income tax and nonpayroll withholding.

July 31 — If you have employees, a federal unemployment tax (FUTA) deposit is due if the FUTA liability through June exceeds $500.

August 15 — If the monthly deposit rule applies, employers must deposit the tax for payments in July for Social Security, Medicare, withheld income tax and nonpayroll withholding.

September 30 — Calendar year trusts and estates on extension must file their 2018 Form 1041. 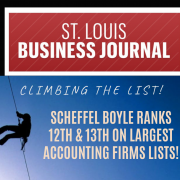 We are excited to share that we have climbed in the rankings on the St. Louis Business Journal’s annual Largest Accounting Firms lists. The Journal publishes two lists for ranking CPA firms each year: one based on number of CPAs and the other on number of professionals. Coming in at 14th on both lists last year, we are now ranked as the 13th largest by number of CPAs and the 12th largest by number of professionals in the entire St. Louis region.

Thank you to our clients, employees, and community partners for all they’ve done to help us grow and continue serving the St. Louis and Metro regions. 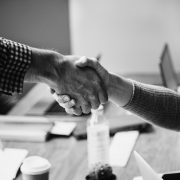 A family limited partnership (FLP) can help owners enjoy the tax benefits of gradually transferring ownership yet allow them to retain control of the business.

You retain the general partnership interest, which may be as little as 1% of the assets. But as general partner, you can still run day-to-day operations and make business decisions.

As you transfer the FLP interests, their value is removed from your taxable estate. What’s more, the future business income and asset appreciation associated with those interests move to the next generation.

The lack of control and lack of an outside market for the FLP interests generally mean the interests can be valued at a discount — so greater portions of the business can be transferred before triggering gift tax. For example, if the discount is 25%, in 2019 you could gift an FLP interest equal to as much as $20,000 tax-free because the discounted value wouldn’t exceed the $15,000 annual gift tax exclusion.

There also may be income tax benefits. The FLP’s income will flow through to the partners for income tax purposes. Your children may be in a lower tax bracket, potentially reducing the amount of income tax paid overall by the family.

Perhaps the biggest downside is that the IRS scrutinizes FLPs. If it determines that discounts were excessive or that your FLP had no valid business purpose beyond minimizing taxes, it could assess additional taxes, interest and penalties.

The IRS pays close attention to how FLPs are administered. Lack of attention to partnership formalities, for example, can indicate that an FLP was set up solely as a tax-avoidance strategy.

An FLP can be an effective succession and estate planning tool but, as we’ve taken pains to explain, it’s far from risk free. Please contact us for help determining whether an FLP is right for you. 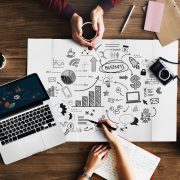 Do you know the current value of your business? Even if you’re not considering selling your company or otherwise transferring its ownership right now, it could happen sooner than you think.

In some cases, an ownership transfer becomes suddenly appealing when a company struggles to the extent that a sale becomes the best avenue for starting over. But more positive circumstances can drive the decision, too. For example, a small to midsize business might do so well that it receives an acquisition offer that’s too good to pass up.

Whether it’s an impending ownership transfer, or just a need to learn more about your company, it’s important to establish reasonable expectations of what a valuation provides.

Some owners mistakenly believe that the balance sheet tells how much a company is worth. But most businesses possess goodwill and other intangible assets — as well as unreported liabilities — that don’t show up on the financial statements.

In truth, cost-based valuation metrics aren’t often used in real-world transactions. Instead, the most popular methods for valuing private businesses include the discounted cash earnings, guideline company transactions and capitalization of earnings techniques. Calculating value under these methods requires the expertise of an outside valuation professional.

To better understand the valuation process, answer these basic questions:

What’s the purpose? It could be as clear-cut as an impending sale. Or perhaps a divorce is on the horizon, and the owner must determine the value of the business interest that’s includable in the marital estate. In other cases, the valuation may be driven by tax, estate or strategic planning.

What’s the appropriate standard of value? Generally, business valuations estimate “fair market value” — the price at which property would change hands in a hypothetical transaction involving informed buyers and sellers not under duress to buy or sell. But some assignments call for a different standard of value.

For instance, say you’re contemplating selling to a competitor. In this case, you might be best off determining the “strategic value” of your company — that is, the value to a particular investor, including buyer-specific synergies.

What’s the appropriate basis of value? There’s a hierarchy of different types of value based on the degree of control and marketability an interest carries. Investors place premiums on the abilities to 1) control business decisions and 2) sell the interest on the “market” as quickly and inexpensively as possible.

Defining the appropriate basis of value in a business valuation isn’t always straightforward. Suppose a business is split equally between two partners. Even though each owner has some control, stalemates could impair decision making.

On the other hand, a 2% owner might possess some elements of control if the remaining shares are divvied up equally between two 49% owners. Definitively establishing the basis of value requires careful consideration of who owns the rest of the business — and how that allocation affects value given applicable state laws and ownership agreements.

Getting it Done Right

Regular valuations can be an important management tool — particularly if you plan to sell or transfer your interest anytime soon. We can explain the valuation process to you further and work with an appraiser to get the job done right. 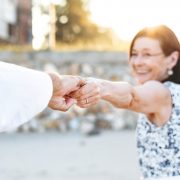 When the TCJA was passed, the big estate planning news was that the federal gift and estate tax exclusion doubled from $5 million to an inflation-indexed $10 million. It was further indexed for inflation to $11.18 million for 2018 and now $11.4 million for 2019.

Somewhat lost in the clamor, however, was (and is) the fact that the new law preserves the “portability” provision for married couples. Portability allows your estate to elect to permit your surviving spouse to use any of your available estate tax exclusion that is unused at your death.

After a one-year estate tax moratorium in 2010, the Tax Relief Act (TRA) of 2010 reinstated the estate tax with a generous $5 million exclusion, indexed for inflation, and a top 35% tax rate. The American Taxpayer Relief Act (ATRA) of 2012 made these changes permanent, aside from increasing the top rate to 40%.

How the DSUE Works

Let’s say Kevin and Debbie, who have two children, each own $5 million individually and $10 million jointly with rights of survivorship, for a total of $20 million. Under their wills, all assets pass first to the surviving spouse and then to the children.

If Debbie had died in early 2019, the $10 million ($5 million owned individually and $5 million held jointly) in assets would be exempt from estate tax because of the unlimited marital deduction. Thus, her entire $11.4 million exclusion would remain unused. However, if the election is made upon her death, Kevin’s estate can later use the $11.4 million of the DSUE from Debbie, plus the exclusion for the year in which Kevin dies, to shelter the remaining $8.6 million from tax, with plenty to spare for some appreciation in value.

What would have happened without the portability provision? For simplicity, let’s say that Kevin dies later in 2019. Without being able to benefit from the unused portion of Debbie’s exclusion, the $11.4 million exclusion for Kevin in 2019 leaves the $8.6 million subject to estate tax. At the 40% rate, the federal estate tax bill would amount to a whopping $3.44 million.

Although techniques such as a traditional bypass trust may be used to avoid or reduce estate tax liability, this example demonstrates the potential impact of the portability election. It also emphasizes the need for planning.

Other Points of Interest

Be aware that this discussion factors in only federal estate taxes. State estate taxes may also have a significant impact, particularly in some states where the estate tax exemption isn’t tied to the federal exclusion.

Also, keep in mind that, absent further legislation, the exclusion amount is slated to revert to pre-2018 levels after 2025. Portability continues, although, for those whose estates will no longer be fully sheltered, additional planning must be considered.

Furthermore, portability isn’t always the best option. Consider all relevant factors, including nontax reasons that might affect the distribution of assets under a will or living trust. For instance, a person may want to divide assets in other ways if matters are complicated by a divorce, a second marriage, or unusual circumstances.

Every estate plan includes details that need to be checked and rechecked. We can help you do so, including deciding whether portability is right for you. 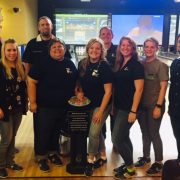 We had a great season this year for our annual Bowl for Kids’ Sake fundraiser, benefiting Big Brothers Big Sisters of Southwestern Illinois. Between our two teams, our employees raised an outstanding $5,100 to support the programs and overall mission of this wonderful, local organization.

Our bowlers go above and beyond for this event and we are so proud of all they accomplish. Thank you to everyone who supported them along the way and helped them reach their $5,000 goal. 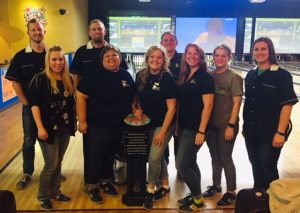