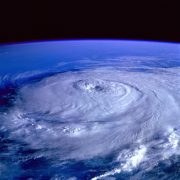 When you read the phrase “disaster prep,” you may envision bottled water and boarded-up windows. But information is also a critical asset to have following a natural or manmade catastrophe. Here are four specific types of information you need:
https://scheffelboyle.com/wp-content/uploads/2019/08/hurricane-earth-satellite-tracking-71116.jpeg 1500 1480 brett@bonniburns.com https://scheffelboyle.com/wp-content/uploads/2022/06/Transparent-Logo-5.png brett@bonniburns.com2019-08-30 10:25:082020-01-28 15:22:56Four Types of Information You Need to Prepare For Disaster 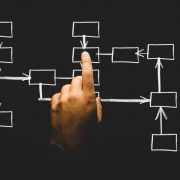 Classifying a worker as an independent contractor frees a business from its portion of payroll tax liability and allows it to forgo providing overtime pay, unemployment compensation and other employee benefits. It also frees the business from responsibility for withholding income taxes and the worker’s share of payroll taxes.

For these reasons, the federal government looks unfavorably on misclassifying a bona fide employee as an independent contractor. If the IRS reclassifies a worker as an employee, your business could be hit with back taxes, interest and penalties.

When assessing worker classification, the IRS typically looks at the:

Level of behavioral control. The more control the company exercises, the more likely the worker is an employee. So, the IRS looks at the extent to which the company instructs a worker on when, where and how to work; what tools or equipment to use; where to purchase supplies and so on.

Relationship of the parties. Independent contractors are often engaged for a specific project, while employees are typically hired permanently (or at least for an indefinite period). Also, workers who serve a key business function are more likely to be classified as employees.

The IRS examines a variety of factors within each category, as well as the totality of facts and circumstances.

When in doubt, reclassify questionable independent contractors as employees. This may increase your tax and benefits costs, but it will eliminate reclassification risk.

From there, modify your relationships with independent contractors to better ensure compliance. For example, you might exercise less behavioral control by reducing your level of supervision or allowing workers to set their own hours or work from home.

Also, consider using an employee-leasing company. Workers leased from these firms are employees of the leasing company, which is responsible for taxes, benefits and other employer obligations.

Taxes, interest and penalties aren’t the only possible negative consequences of a worker being reclassified as an employee. Your business also could be liable for employee benefits that should have been provided but weren’t. Contact us if you have questions about worker classification. 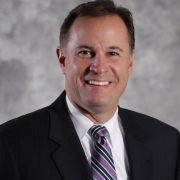 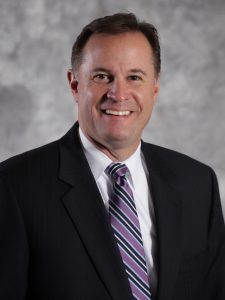 St. Louis Small Business Monthly (SBM) recently announced Jeff Westerhold, MBA, CFP®, as one of the top five finalists on the publication’s annual “Best Wealth Managers”*. Westerhold, Principal of Scheffel Financial Services, will be featured along with the other finalists in the Business Owner’s Guide and in SBM’s Book of Lists. They will also be honored at a special luncheon on October 23rd.

Westerhold has been working in the financial services industry for over 25 years. At Scheffel Financial Services, he leads his team in assisting both individuals and business owners in developing custom-tailored financial strategies to their needs. His client services include estate and retirement planning, wealth management strategies, investment services, insurance analysis, and financial planning.

Westerhold received his Undergraduate Degree in Finance from Eastern Illinois University in 1987, and then his MBA shortly thereafter in 1989. He also earned his Certified Financial Planner (CFP®) designation in 2001. Outside of his work at Scheffel Financial Services, Westerhold is active in multiple community and nonprofit associations, including the Edwardsville Rotary club, Habitat for Humanity, and the Edwardsville/Glen Carbon Chamber of Commerce.

Since being founded in 2001, the team at Scheffel Financial Services offers independent, objective, customizable wealth management strategies to their clients. Their services include investment management, portfolio analysis, financial planning, estate and retirement planning, and both life and long-term insurance analysis. They are located in downtown Edwardsville and serve clients throughout the St. Louis and Southern Illinois regions. To contact Westerhold and his team at Scheffel Financial Services, please call 618.656.1207.

*The St. Louis Small Business Monthly readership nominated individuals for this award and recipients were chosen based on number of nominations they received. 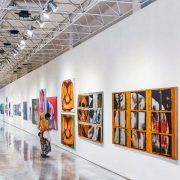 From a tax perspective, appreciated artwork can make one of the best charitable gifts. Generally, donating appreciated property is doubly beneficial because you can both enjoy a valuable tax deduction and avoid the capital gains taxes you’d owe if you sold the property.

The extra benefit from donating artwork comes from the fact that the top long-term capital gains rate for art and other “collectibles” is 28%, as opposed to 20% for most other appreciated property.

The first thing to keep in mind if you’re considering a donation of artwork is that you must itemize deductions to deduct charitable contributions. Now that the Tax Cuts and Jobs Act has nearly doubled the standard deduction and put tighter limits on many itemized deductions (but not the charitable deduction), many taxpayers who have itemized in the past will no longer benefit from itemizing.

IRS auditors are required to refer all gifts of art valued at $50,000 or more to the IRS Art Advisory Panel. The panel’s findings are the IRS’s official position on the art’s value, so it’s critical to provide a solid appraisal to support your valuation.

The charity you choose and how the charity will use the artwork can have a significant impact on your tax deduction. Donations of artwork to a public charity, such as a museum or university with public charity status, can entitle you to deduct the artwork’s full fair market value. If you donate art to a private foundation, however, your deduction will be limited to your cost.

For your donation to a public charity to qualify for a full fair-market-value deduction, the charity’s use of the donated artwork must be related to its tax-exempt purpose. If, for example, you donate a painting to a museum for display or to a university’s art history department for use in its research, you’ll satisfy the related-use rule. But if you donate it to, say, a children’s hospital to auction off at its annual fundraising gala, you won’t satisfy the rule.

To reap the maximum tax benefit of donating appreciated artwork, you must plan your gift carefully and follow all applicable rules. Contact us for help. 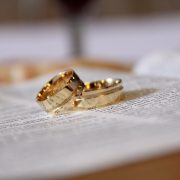 Are you divorced or in the process of divorcing? If so, it’s critical to understand how the Tax Cuts and Jobs Act (TCJA) has changed the tax treatment of alimony. Unfortunately, for many couples, the news isn’t good — the tax cost of divorce has risen.

Under previous rules, a taxpayer who paid alimony was entitled to a deduction for payments made during the year. The deduction was “above-the-line,” which was a big advantage, because there was no need to itemize. The payments were included in the recipient spouse’s gross income.

The TCJA essentially reverses the tax treatment of alimony, effective for divorce or separation instruments executed after 2018. In other words, alimony payments are no longer deductible by the payer and are excluded from the recipient’s gross income.

The TCJA will likely cause alimony awards to decrease for post-2018 divorces or separations. Paying spouses will argue that, without the benefit of the alimony deduction, they can’t afford to pay as much as under previous rules. The ability of recipients to exclude alimony from income will at least partially offset the decrease, but many recipients will be worse off under the new rules.

For example, let’s say John and Lori divorced in 2018. John is in the 35% federal income tax bracket and Lori is a stay-at-home mom with no income who cares for John and Lori’s two children. The court ordered John to pay Lori $100,000 per year in alimony. He’s entitled to deduct the payments, so the after-tax cost to him is $65,000. Presuming Lori qualifies to file as head of household, and the children qualify for the full child credit, Lori’s net federal tax on the alimony payments (after the child credit) is approximately $8,600, leaving her with $91,400 in after-tax income.

Suppose, under the same circumstances, that John and Lori divorce in 2019. John argues that, without the alimony deduction, he can afford to pay only $65,000, and the court agrees. The payments are tax-free to Lori, but she’s still left with $26,400 less than she would have received under pre-TCJA rules.

If you’re contemplating a divorce or separation, be sure to familiarize yourself with the post-TCJA divorce-related tax rules. Or, if you’re already divorced or separated, determine whether you would benefit by applying the new rules to your alimony payments through a modification of your divorce or separation instrument. (See “What if you’re already divorced?”) We can help you sort out the details.

Sidebar: What if you’re already divorced?

Existing divorce or separation instruments, including those executed during 2018, aren’t affected by the TCJA changes. The previous rules still apply unless a modification expressly provides that the TCJA rules must be followed. However, spouses who would benefit from the TCJA rules — for example, because their relative income levels have changed — may voluntarily apply them if the modification expressly provides for such treatment. 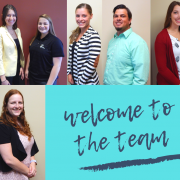 We are excited to introduce six new members of our growing team. The additions include Southern Illinois University Edwardsville graduates Sydney Boschert, Megan Messer, and Madeline Livvix; and Lindenwood University graduates Eric Radake and Rachel Alde. Most of whom completed our FOCUS Internship Program in Spring 2019 and will now continue their careers as our newest Staff Accountants. We also welcomed Paige Phelps as a Semi-Senior Accountant. Paige comes to us with two years of experience in public accounting.

Welcome to the team everyone! 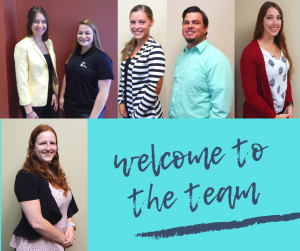 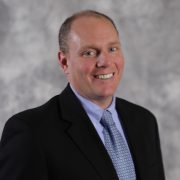 Mark Korte, CPA, CCIFP was recently featured in the August issue of St. Louis Small Business Monthly as a “Top Accountant”. Mark was one of only three local CPAs honored. In the feature, Mark was asked was motivated him to help business owners. He responded saying, “Successful business owners have a vision of what their business can be and where they want their business to go. It is exciting to help them realize their vision and be by their side helping them through the hurdles along the way. Being a part of their team and working toward their goals is very fulfilling. Assisting them with building successful businesses also helps strengthen our communities, which helps us all.”

Congratulations to Mark on this recognition! 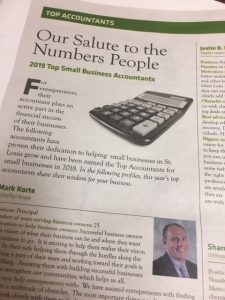 Scheffel Boyle has been nominated as a finalist for the Best Places to Work in Southwestern Illinois by the Illinois Business Journal! Help us reach the winner’s circle and cast your vote for us today! Voting ends August 19th and there’s no registration required to support us. Thank you for this great recognition!

VOTE FOR US FOR BEST PLACE TO WORK IN SOUTHWESTERN ILLINOIS! 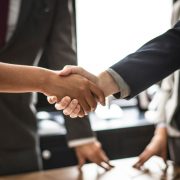 We are excited to share that a total of 25 professionals were recently promoted throughout the firm. Congratulations  and we wish you all the best in your new roles! 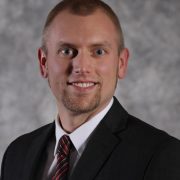 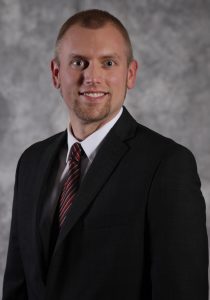 We are excited to announce the recent promotion of Josh Andres, CPA to Principal!

Josh joined our firm in 2006 and serves clients out of the Alton office. He is a senior leader on the Construction Accounting Team and also specializes in working with governmental agencies and privately held businesses.

Josh graduated with both his B.S. and M.B.A. from Southern Illinois University Edwardsville and earned his CPA designation in 2010. He is active in the Riverbend Growth Association, the North Alton Godfrey Business Council, the Young Professionals Group of Alton, and serves on the Board of Directors for the Boys and Girls Club of Alton.

On behalf of his team at Scheffel Boyle, we’d like to wish Josh congratulations on this great accomplishment!