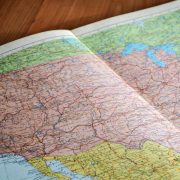 Contrary to popular belief, there’s nothing in the U.S. Constitution or federal law that prohibits multiple states from collecting tax on the same income. Although many states provide tax credits to prevent double taxation, those credits are sometimes unavailable. If you maintain residences in more than one state, here are some points to keep in mind.

Generally, if you’re “domiciled” in a state, you’re subject to that state’s income tax on your worldwide income. Your domicile isn’t necessarily where you spend most of your time. Rather, it’s the location of your “true, fixed, permanent home” or the place “to which you intend to return whenever absent.” Your domicile doesn’t change — even if you spend little or no time there — until you establish domicile elsewhere.

Residence, on the other hand, is based on the amount of time you spend in a state. You’re a resident if you have a “permanent place of abode” in a state and spend a minimum amount of time there — for example, at least 183 days per year. Many states impose their income taxes on residents’ worldwide income even if they’re domiciled in another state.

Suppose you live in State A and work in State B. Given the length of your commute, you keep an apartment in State B near your office and return to your home in State A only on weekends. State A taxes you as a domiciliary, while State B taxes you as a resident. Neither state offers a credit for taxes paid to another state, so your income is taxed twice.

This example illustrates just one way double taxation can arise when you divide your time between two or more states. We can research applicable state law and identify ways to minimize exposure to unnecessary taxes.

Sidebar: How to Establish Domicile

Under the law of each state, tax credits are available only with respect to income taxes that are “properly due” to another state. But, when two states each claim you as a domiciliary, neither believes that taxes are properly due to the other. To avoid double taxation in this situation, you’ll need to demonstrate your intent to abandon your domicile in one state and establish it in the other.

There are various ways to do so. For example, you might obtain a driver’s license and register your car in the new state. You could also open bank accounts in the new state and use your new address for important financially related documents (such as insurance policies, tax returns, passports and wills). Other effective measures may include registering to vote in the new jurisdiction, subscribing to local newspapers and seeing local health care providers. Bear in mind, of course, that laws regarding domicile vary from state to state. 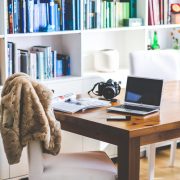 Working from home has become commonplace for people in many jobs. But just because you have a home office space doesn’t mean you can deduct expenses associated with it. Beginning with the 2018 tax year, fewer taxpayers will qualify for the home office deduction. Here’s why.

Changes Under the TCJA

Starting in 2018 and continuing through 2025, however, employees can’t deduct any home office expenses. Why? The Tax Cuts and Jobs Act (TCJA) suspends miscellaneous itemized deductions subject to the 2% floor for this period.

Note: If you’re self-employed, you can still deduct eligible home office expenses against your self-employment income during the 2018 through 2025 period.

If you’re self-employed, generally your home office must be your principal place of business, though there are exceptions.

Whether you’re an employee or self-employed, the space must be used regularly (not just occasionally) and exclusively for business purposes. If, for example, your home office is also a guest bedroom or your children do their homework there, you can’t deduct the expenses associated with that space.

If eligible, you have two options for claiming the home office deduction. First, you can deduct a portion of your mortgage interest, property taxes, insurance, utilities and certain other expenses, as well as the depreciation allocable to the office space. This requires calculating, allocating and substantiating actual expenses.

A second approach is to take the “safe harbor” deduction. Here, only one simple calculation is necessary: $5 multiplied by the number of square feet of the office space. The safe harbor deduction is capped at $1,500 per year, based on a maximum of 300 square feet.

Be aware that we’ve covered only a few of the rules and limits here. If you think you may qualify for the home office deduction on your 2018 return or would like to know if there’s anything additional you need to do to become eligible, contact us. 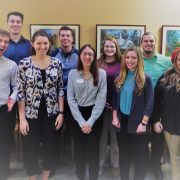 We are so excited to welcome our Interns for Focus 2019! They all survived our training sessions last week, and now we are welcoming them in our offices. We know you all will do great things. 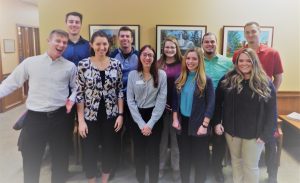 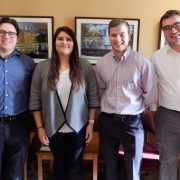 We are excited to introduce our new Staff Accountants! 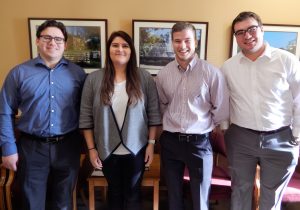 John Reitano received both his Bachelor’s and Master’s Degrees in Accounting from SLU. Jessica Roman is a recent SIUE graduate and is currently in the Master’s program at SIUE. Chad Brown graduated with his Bachelor’s from UMSL and is also pursuing his Master’s. Alex Hoffmann received both his Bachelor’s and Master’s from Truman State University where he also served as the captain of their baseball team. John will be heading to the Belleville office, Jessica to Highland, Chad to Columbia, and Alex to Alton. We are so excited to welcome you all! 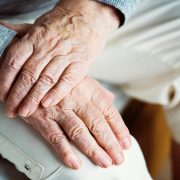 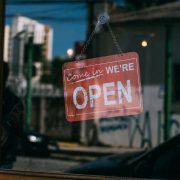 To better accommodate our clients, we extend our office hours during tax season. Please note these hours listed below so we can better serve you.

8am to 3pm (through February)

8am to 5pm (thereafter through April 15) 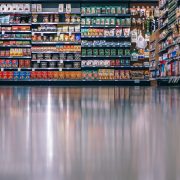 Inventory is expensive, so it needs to be as lean as possible. Here are some ways to trim the fat from your inventory without compromising revenue and customer service.

Effective inventory management starts with a physical inventory count. Accuracy is essential to knowing your cost of goods sold — and to identifying and remedying discrepancies between your physical count and perpetual inventory records. A CPA can introduce an element of objectivity to the counting process and help minimize errors.

The next step is to compare your inventory costs to those of other companies in your industry. Trade associations often publish benchmarks for:

Your company should strive to meet — or beat — industry standards. For a retailer or wholesaler, inventory is simply purchased from the manufacturer. But the inventory account is more complicated for manufacturers and construction firms. It’s a function of raw materials, labor and overhead costs.

The composition of your company’s cost of goods will guide you on where to cut. In a tight labor market, it’s hard to reduce labor costs. But it may be possible to renegotiate prices with suppliers.

And don’t forget the carrying costs of inventory, such as storage, insurance, obsolescence and pilferage. You can also improve margins by negotiating a net lease for your warehouse, installing antitheft devices or opting for less expensive insurance coverage.

To cut your days-in-inventory ratio, compute product-by-product margins. Stock more products with high margins and high demand — and less of everything else. Whenever possible, return excessive supplies of slow-moving materials or products to your suppliers.

Product mix should be sufficiently broad and in tune with consumer needs. Before cutting back on inventory, you might need to negotiate speedier delivery from suppliers or give suppliers access to your perpetual inventory system. These precautionary measures can help prevent lost sales due to lean inventory.

Often management is so focused on sales, HR issues and product innovation that they lose control over inventory. Contact us for a reality check. 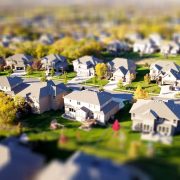 Are you considering transferring real estate, a family business or other assets you expect to appreciate dramatically in the future? If so, an installment sale may be a viable option. Its benefits include the ability to freeze asset values for estate tax purposes and remove future appreciation from your taxable estate.

Giving Away vs. Selling

From an estate planning perspective, if you have a taxable estate it’s usually more advantageous to give property to your children than to sell it to them. By gifting the asset you’ll be depleting your estate and thereby reducing potential estate tax liability, whereas in a sale the proceeds generally will be included in your taxable estate.

But an installment sale may be desirable if you’ve already used up your $11.18 million (for 2018) lifetime gift tax exemption or if your cash flow needs preclude you from giving the property away outright. When you sell property at fair market value to your children or other loved ones rather than gifting it, you avoid gift taxes on the transfer and freeze the property’s value for estate tax purposes as of the sale date. All future appreciation benefits the buyer and won’t be included in your taxable estate.

Because the transaction is structured as a sale rather than a gift, your buyer must have the financial resources to buy the property. But by using an installment note, the buyer can make the payments over time. Ideally, the purchased property will generate enough income to fund these payments.

An advantage of an installment sale is that it gives you the flexibility to design a payment schedule that corresponds with the property’s cash flow, as well as with your and your buyer’s financial needs. You can arrange for the payments to increase or decrease over time, or even provide for interest-only payments with an end-of-term balloon payment of the principal.

An installment sale is an approach worth exploring for business owners, real estate investors and others who have gathered high-value assets. It can help keep a family-owned business in the family or otherwise play an important role in your estate plan.

Bear in mind, however, that this simple technique isn’t right for everyone. We can review your situation and help you determine whether an installment sale is a wise move for you. 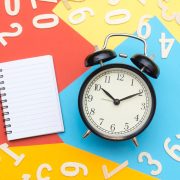 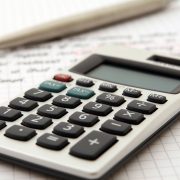 The Tax Cuts and Jobs Act (TCJA) made many changes to tax breaks for individuals. Let’s look at some specific areas to review as you lay the groundwork for filing your 2018 return.

For 2018 through 2025, the TCJA suspends personal exemptions. This will substantially increase taxable income for large families. However, enhancements to the standard deduction and child credit, combined with lower tax rates, might mitigate this increase.

For some taxpayers, the increased standard deduction could compensate for the elimination of the exemptions, and perhaps even provide some additional tax savings. But for those with many dependents or who itemize deductions, these changes might result in a higher tax bill — depending in part on the extent to which they can benefit from enhancements to the child credit.

Credits can be more powerful than exemptions and deductions because they reduce taxes dollar-for-dollar, rather than just reducing the amount of income subject to tax. For 2018 through 2025, the TCJA doubles the child credit to $2,000 per child under age 17.

The new law also makes the child credit available to more families than in the past. For 2018 through 2025, the credit doesn’t begin to phase out until adjusted gross income exceeds $400,000 for joint filers or $200,000 for all other filers, compared with the 2017 phaseout thresholds of $110,000 for joint filers, $75,000 for singles and heads of households, and $55,000 for marrieds filing separately. The TCJA also includes, for 2018 through 2025, a $500 tax credit for qualifying dependents other than qualifying children.

Many factors will influence the impact of the TCJA on your tax liability for 2018 and beyond. For help assessing the impact on your situation, contact us.